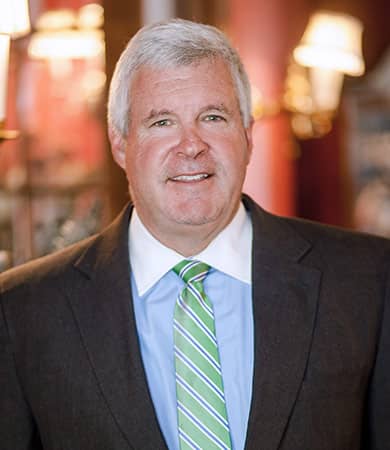 Education & Background Milton F. Eisenberg, II was born and raised in Savannah Georgia.  He received his undergraduate degree from the University of Georgia and he received his law degree from the Mercer University School of Law, graduating, Cum Laude, in 1991.  Milton spent the first years of his legal career working at a large law firm representing insurance companies and their insured’s defending injury cases.  He defended car accident cases, fall cases, medical malpractice cases, nursing home cases, and many other types of injury cases.  Milton has spent the second half of his legal career representing injured people and fighting insurance companied for fair compensation for his injured clients.

Milton has been very active in his profession and in his community.  Milton has served in leadership positions in the State Bar of Georgia and his local bar association.  Milton has always been an active member of his church, and he serves on the usher team and he has been a Sunday school teacher.  Milton has served on a number of boards including the University of Georgia Chapter of The College Football Hall of Fame, The Touchdown Club of Athens, The Northeast Georgia Chapter of The Fellowship of Christian Athletes and the Georgia Beta Chapter of Sigma Alpha Epsilon Fraternity to name a few.

Milton spends a lot of his free time with his wife Barbie Eisenberg, his 7 children/step children and his 5 grandchildren.  Milton is an avid Georgia Bulldog fan and when he is not representing clients or with his family, you will often find him in Athens cheering on his beloved Dawgs!