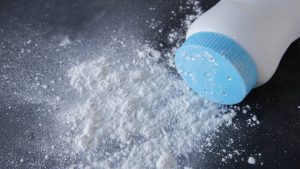 We are helping women bring talcum powder claims against Johnson & Johnson, and other talcum powder manufacturers, who failed to warn the users of their talc / baby powder products, mainly baby powder and bath powder, of the increased risk of ovarian cancer and mesothelioma ( a type of lung cancer related to asbestos).  The main talc products used for personal hygiene are: Johnson’s Baby Powder by Johnson & Johnson; Shower to Shower by Valeant Pharmaceuticals; and Baby Magic Baby Powder.  The manufacturers of talcum powder have known for more than 40 years that there is a link between using these personal hygiene products and cancer, but these companies intentionally did not warn women that the powder could cause cancer by entering the lungs or the vagina.  Women who use talcum powder on a frequent basis for personal hygiene have a 30% higher chance of getting cancer.

If you or a loved one has been diagnosed with ovarian cancer or mesothelioma after using talcum powder or baby powder for several years, call our experienced legal team now for a free, no obligation consultation.  There are no fees owed to take your case and we only get paid if you win!  CALL NOW 678-242-7626

The most serious potential side effect from women using talcum powder is ovarian cancer (caused by the powder entering the ovaries through the vagina) and mesothelioma (caused by the powder entering the lungs through the mouth or nose).  Dr. Daniel Cramer, a doctor at Harvard Medical School, has reported that thousands of women get ovarian cancer each year from talcum powder use and he has been saying this for a long time, yet the talc manufacturers have ignored his warnings.  According to the International Journal of Gynecological Cancer, frequent talcum powder use by women in the genital area increases the risk of ovarian cancer between 30–60%. This is alarming!  The exact way talcum powder causes cancer is still unknown, but most experts believe the cancer comes from chronic inflammation of the genital area as talc particles rise up through the vagina, through the uterus, up to the fallopian tubes and into the ovaries.

Also, talcum powder also has been associated with respiratory issues, including mesothelioma. This is caused by the powder becoming airborne during normal application. Prior to the 1970s, and even today, some talcum products contain asbestos, a naturally-occurring mineral that is a known carcinogen. Like asbestos, talc is a silicate mineral, having a crystalline structure. When ingested, these mineral particles have been known to cause irritation in the lungs, leading to the formation of cancerous tumors in the lungs and the condition known as mesothelioma. 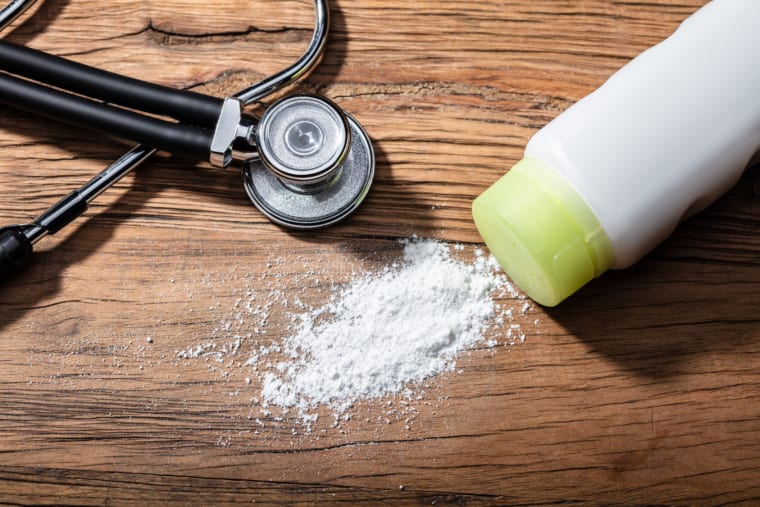 When some of these early talc cases have been tried in a court of law, and juries heard the evidence on the dangers of talc and what these manufacturers have known about the dangers associated with talc use, the juries have award some big damages.  Here are some of those verdicts:

In February 2016, a jury determined that Johnson & Johnson was responsible for the death of Jacqueline Fox, who had been using talcum powder for personal hygiene for more than 35 years. The total award was $72 million, including $62 million in punitive damages to punish bad behavior.

In May 2016, a jury found in favor of Gloria Ristesund, who was being treated for ovarian cancer. She had used Johnson & Johnson Baby Powder for decades. The amount awarded was $55 million.

In November 2016, a California jury returned a verdict of $70 million for Deborah Giannecchini and $65 million dollars of the verdict was for punitive damages.  She was undergoing radiation and chemotherapy for ovarian cancer, and had used talcum powder for more than 40 years.

In May 2017, a St. Louis jury awarded $110 million to Louis Slemp who was being treated for aggressive ovarian cancer that had metastasized to her liver. She had used baby powder for more than 40 years.

In August 2017, Eva Echeverria received a $417 million jury verdict. She was dying from stage 4 ovarian cancer, after having used baby powder on a daily basis from the 1950s through 2016. The verdict included $68 million in compensatory damages and $340 million in punitive damages.

In April 2018, Stephen Lanzo was awarded $37 million in compensatory damages, and $80 million in punitive damages, against Johnson & Johnson over claims that he contracted mesothelioma caused by extensive use of talc powder products that contained asbestos.

In May 2018, Joanne Anderson received a $25 million jury verdict after a jury concluded that Ms. Anderson’s mesothelioma was caused by her use of talcum powder on her children and while she bowled.

In July 2018, a jury awarded 22 women in one case the sum of $4.6 billion against Johnson & Johnson for causing them to suffer ovarian cancer related to the use of baby powder and asbestos fibers contained in the J&J product.

In March 2019, a California jury awarded $30 million to Teresa Leavitt who was diagnosed with mesothelioma which the jury found was caused by the use of Johnson & Johnson talcum powder

If you or a loved one has been diagnosed with ovarian cancer or mesothelioma after using talcum powder or baby powder for several years, call our experienced legal team now for a free, no obligation consultation.  There are no fees owed to take your case and we only get paid if you win!  CALL NOW 678-242-7626