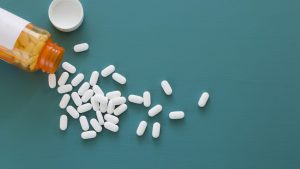 Diagnosed With Cancer After Taking Zantac Or Ranitidine?

Millions of Americans have taken the medicines Zantac, or its generic form known as Ranitidine, to treat heartburn, indigestion and reflux (also known as GERD).  If you or a loved one took one of these medications for at least a 30 day period, and were later were diagnosed with cancer, call us now to see if you may be entitled to a settlement from the companies who made and sold these medications.  The cancers linked to taking Zantac and Ranitidine include: 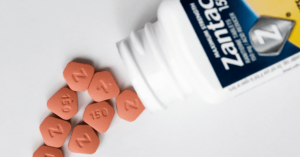 Contact us for a free, no obligation consultation!  There are never any out-of-pocket costs or fees to hire our Zantac lawyers.  In fact, we only get paid if you win.

Why Can Zantac or Ranitidine Cause Cancer?

Research has found that these medicines were contaminated with a dangerous chemical known as N-Nitrosodimethylamine (NDMA). NDMA is very toxic.  It can cause damage in the body at the cellular level to DNA.  In fact, when scientist want to study cancer in rats they can give them NDMA to cause cancerous tumors to develop in the rats.  Lawsuits are being reviewed nationwide for individuals who were diagnosed with these cancers after having taken Zantac or Ranitidine, and our experienced legal team is ready to help you.

Zantac was developed by pharmaceutical giant Glaxo and was first sold in 1983.  Zantac was a new type of drug known as a histamine H2-receptor antagonists.  This type of medicine is sometimes referred to as an H2 blocker. Zantac, and its generic version, Ranitidine, have been widely marketed as a safe treatment for heartburn, acid indigestion, sour stomach, gastroesophageal reflux disease (GERD) and other conditions. However, Glaxo did not disclose the cancer risks associated with NDMA.

The active ingredient in Zantac is Ranitidine.  Research is showing that taking a medicine containing Ranitidine can lead to high amounts of the dangerous chemical N-Nitrosodimethylamine (NDMA) in the body.  This is the same NDMA chemical that has been recently associated with the contaminated blood pressure medicine Valsartan.   For years, scientists have known that NDMA is very toxic and can cause damage at the cellular level in DNA and it is known to increase the risk of cancer in humans. While the drug makers knew, or should have known about the link between Zantac or Ranitidine and cancer, they failed to adequately research the cancer risk, or warn the public and the medical community.

In September of 2019, the Connecticut-based online pharmacy, Valisure, filed a petition with the United States Food & Drug Administration (FDA) after finding high levels of NDMA in both Zantac and generic ranitidine medications.

On September 13, 2019, the FDA announced that preliminary tests found low levels of N-nitrosodimethylamine (NDMA) in ranitidine.  Later in September of 2019, the drug company Novartis (through its generic division Sandoz), and the drug company Apotex, both announced that they were recalling all of their generic ranitidine products sold in the US.  The FDA believes that the intake of up to 96 ng of NDMA is safe.  However, research has shown that each 150mg tablet of Zantac can produce 2.4 million to 3.2 million ng of NDMA, which can be 3,000 times higher than what the FDA believes is safe.

Glaxo begins to sell Zantac and aggressively markets it as a new heartburn drug.  It is a huge success.

Early research indicates that that when Zantac is given to rats that it can create NDMA in the stomach.

Zantac becomes the first drug to break $1 billion in sales.

Study finds connection between NDMA and liver tumors in rats.

In September of 2019, a petition is filed with the FDA calling for a Zantac recall after Valisure found high amounts of NDMA in Zantac. Days later, the FDA issued the first public warnings about NDMA in Zantac and Ranitidine.

In October of 2019, several major drugstore chains, such as CVS and Walgreens, pull all Zantac and Ranitidine from their stores.

Contact us for a free, no obligation consultation!  There are never any out-of-pocket costs or fees to hire our Zantac lawyers.  In fact, we only get paid if you win.